To Chicago and Back Again 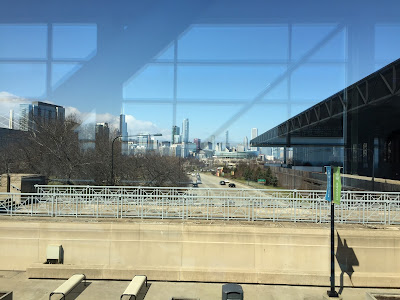 The whirlwind that has been my March has finally subsided, and I am finally sitting and relaxing at home enjoying the beginnings of my Spring Break. I have been going nonstop for the last three weeks with trips to Portland, Oregon; Galax, Virginia; and lastly Chicago, Illinois. Though I have had some down time during these trips, nothing beats sitting on my own couch, in my own place, with my animals curled up beside me. 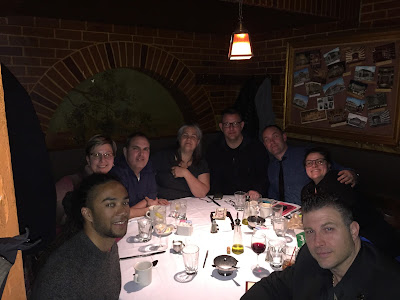 Chicago and the National Art Education Association's 2016 National Convention were a blur of activity, friends, and connections. As I said in the previous post, Dave and I began the Convention by teaching two Pre-conference workshops, and things just got pretty crazy after that. 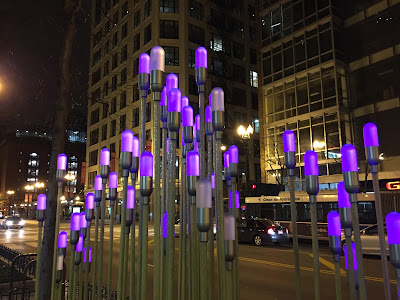 During the first official day of the Convention, we got to sit in on a few sessions, before presenting to approximately 300 people on the visual journal. Our talk, Scaffolding the Visual Journal, was all about advising teachers how they could guide and mentor their students to a richer, more meaningful journal practice. At the end of the session, a teacher in the back stood up and gave a touching testimonial for visual journaling and how much it has impacted not just her students, but also her, as she dealt with the recent loss of her mother. Dave and I are not certified Art Therapists, but we have experienced and witnessed the power of the journal first hand.

For the second and third days of the Convention, we spent at least three hours each day at Chester Book Co. in the Exhibitors Hall signing books and connecting with people. Going to sessions and giving talks is a valuable part of the Convention, but I often feel that the biggest impact happens during those one-on-one moments. We are very thankful to Al Krysan for inviting us into his space. This is the 4th year that Al and Chester Book Co. have offered us a chance to sign copies of our books. Thanks again, Al.

Dave co-taught a hands-on session with our friend Michael Bell on the Seven Deadly Sins, bright and early on the last day of the Convention. Though it was at 8AM, Saturday, they had a sold-out group and the energy and enthusiasm was a great kick off for their day. 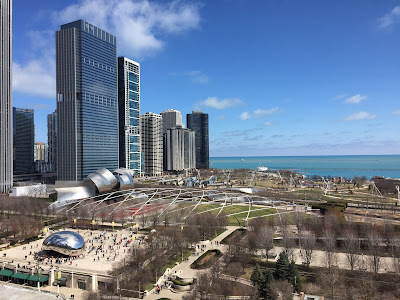 Our final day in Chicago was a lot more slow paced, and after sleeping in, we enjoyed a rooftop brunch with some Canadian friends at Cindy's at the Chicago Athletic Club. Afterward, we enjoyed a nice stroll around Millennium Park and part of the city. 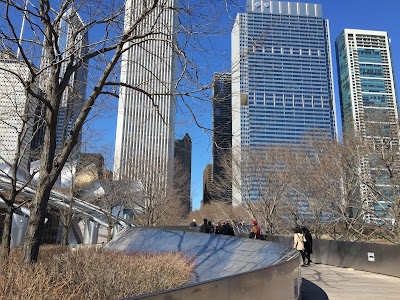 A late night flight got us to Baltimore and eventually home. We are so grateful for all of the new connections we made, and all of the reconnecting that was done. We are genuinely touched by the people who came a day early to take a pre-conference workshop with us and by the number of people who attended our presentations and who came to talk to us during our book signings. We can't wait to do it all again next year in New York. 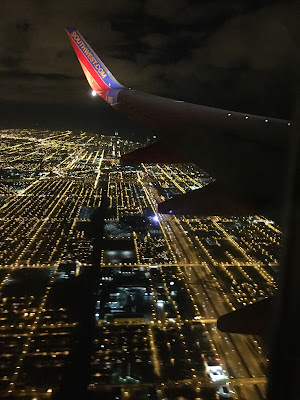 Hope you both will teach in Chicago again at some point in the future, as I live 90 minutes away in southeastern Wisconsin. I'm not an art teacher, but love journaling and would love to take a workshop with you guys!

Jenny, We would love to go back to Chicago, or even to Wisconsin, if there's a venue for us to teach at.