This Is Not A Resolution 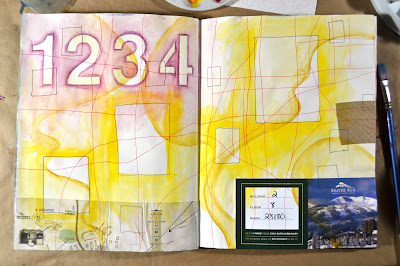 Happy New Year! It's hard to fathom that another year is done, and a new one has begun. 2016 has come and gone so quickly for me, and it has been filled with so much. But I'll save those reflections for another day. Instead I have had a thought, an inkling to try something. 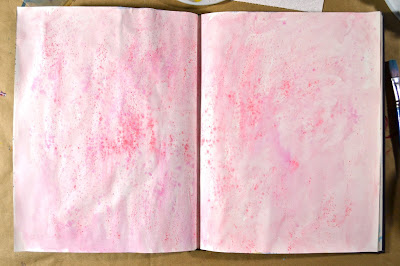 Now this is not a resolution! The new year sees many people making these yearly promises only to have them fall to the wayside. They resolve to lose weight, save money, to make all of these life altering changes, but I've never been a resolution kind of guy. The new year is a symbol of renewal, and I've always had notions and ambitions for the new year. This year is no different. I want to try something. I feel like over the past couple of years that I have lost touch with my visual journal practice. When I got into the journal eighteen years ago, it changed my life, and I used it on almost a daily basis. Now that I have made a major change in my life, I want to engage in the journal like I did those many years ago. So, I'm going to try to work in my journal everyday for as long as I can, and post some of that work each day here on the blog and on social media. 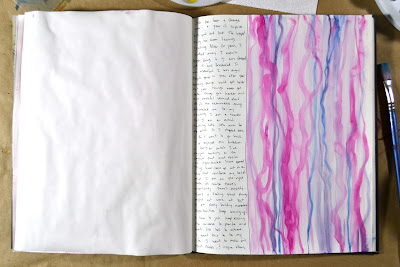 I started my current journal a couple of months ago. I've done some work over those months, and I have worked on a dozen or so pages. Some are rather developed, and others not so much. I just have not engaged the journal in a way that I would like. So, today I dove into working with some watercolor on quite a few pages. I added to pages that I have already begun, like the spread at the top, and I have used watercolor as the beginning of other pages. I don't know how many pages I actually worked on, but these three spreads are just a few.