One of my goals for 2015 is to spotlight people who have had an impact on me in some way and who have inspired me and helped move along my path. Some of these heroes I know personally, some I have met briefly, some are internationally known, and some have long left this earth. They are from all walks of life and are from very different backgrounds, but they all have impacted me in some substantial way, and I want to acknowledge and honor them. 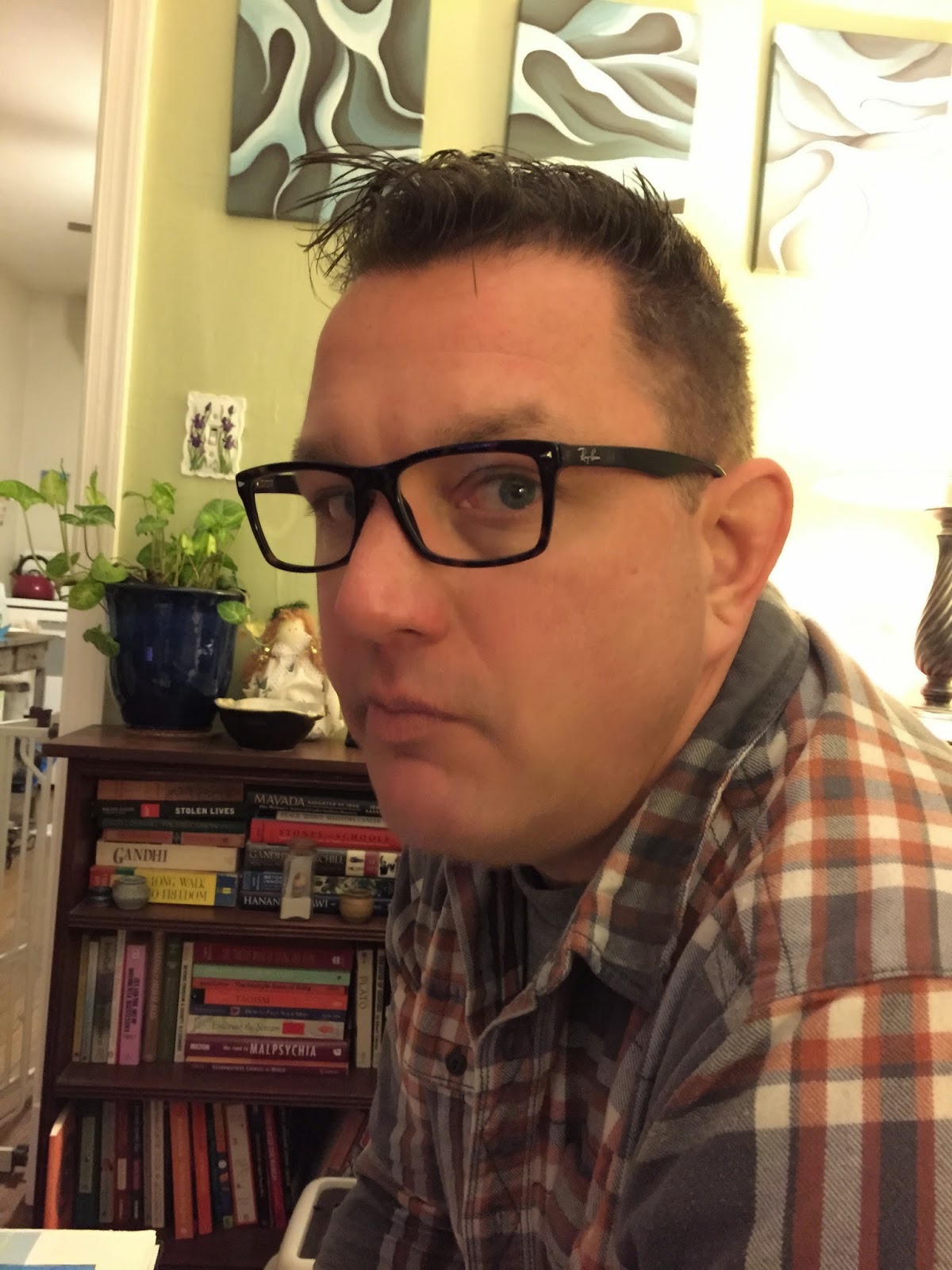 It is only right and fitting that I start with my fellow Journal Fodder Junkie, David Modler, for it was he who helped set me on the path I am on now. Without Dave there would be no JFJ, no books, no traveling and presenting, and my art would probably be much, much different.

David and I met over sixteen years ago in the fall of 1998. I had just moved to Leesburg in Northern Virginia to start teaching in Loudoun County Public Schools. We met for the first time at a training session for elementary art teachers, but we were never formally introduced. It was only a couple months later when we met again at an artists’ reception that we were formally introduced, and I was first introduced to the visual journal when I noticed the small, bulging sketchbook that Dave carried. I had no idea then what an impact it would have on my life at the time. 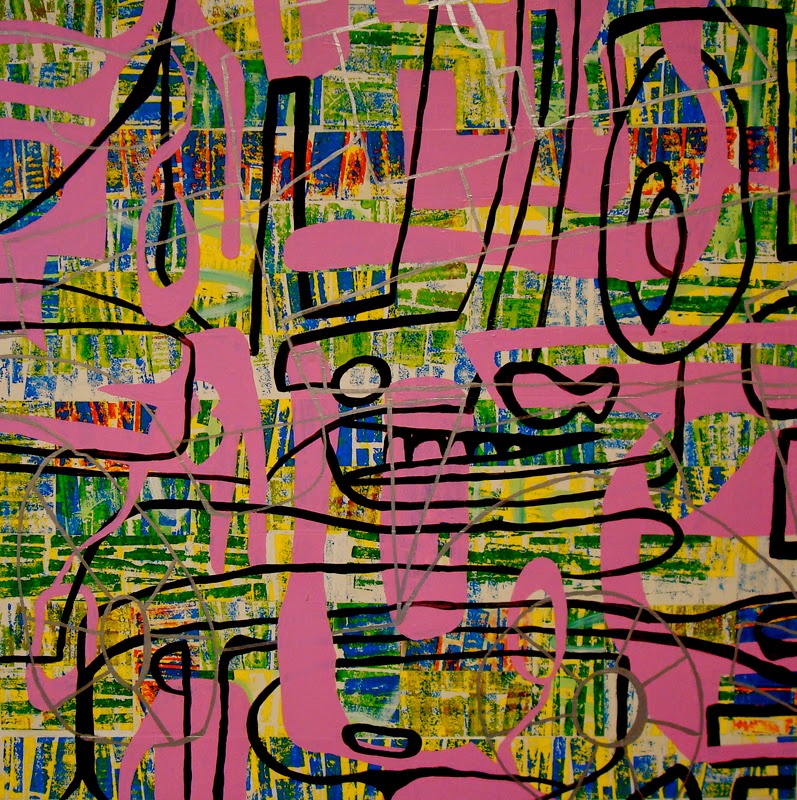 Dave and I quickly became friends, and he introduced me further to his art and to the visual journal. I was deeply impressed with the fact that here was a guy who taught art in the public schools like I did, but he was finding the time to make his own art. Dave was the first art teacher that I had ever met that was also an artist, and that’s exactly what I wanted to do.

Over the first few years of our friendship, David was very much a mentor to me, both as an artist and as an educator, and though it took me a while to find the courage to begin a visual journal, I embraced the process once I did. My art began to radically change under Dave’s influence, and anytime we learned or discovered something new about the visual journal, we eagerly shared it with each other. Even after Dave moved to North Carolina in 2001, it became our habit to exchange journals first thing when we got together. At the time, we were just two artists sharing a passion for art and the excitement of working and learning in a new form. We had no idea where this was all heading. 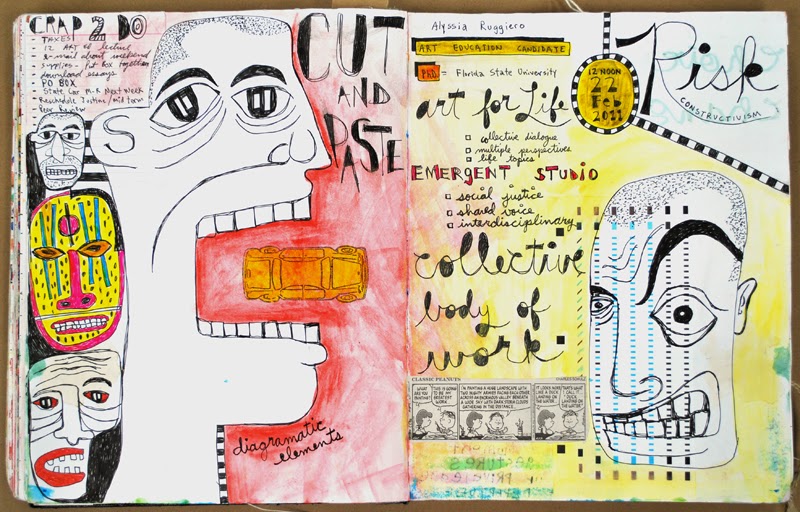 Things began to take off in 2005, when we teamed up and began presenting together at a couple of art education conferences and officially became the Journal Fodder Junkies. Things expanded when we presented at the North Carolina Center for the Advancement of Teaching (NCCAT) on five separate occasions and were able to work with some wonderful North Carolina educators. NCCAT was an amazing experience, and it only happened because of Dave had the opportunity to attend NCCAT as a North Carolina educator. Other presenting and workshops followed at various schools, mostly in North Carolina.

It was during this time that David quit teaching in the public school systems, and went back to school and obtained his MFA. In many ways I felt like I was going back to school with all the discussions that we had about art. Dave shared his grad school experiences with me, and I tried to absorb as much as I could. He talked about the theories he had to read about, the artists he was exploring, the critiques he had, and of course, the art that he was making. All of that got me thinking about my art and my motivations. Once again my art began to radically change as what Dave was sharing with me got me to delve deeper into my work and to question that things that I was doing. 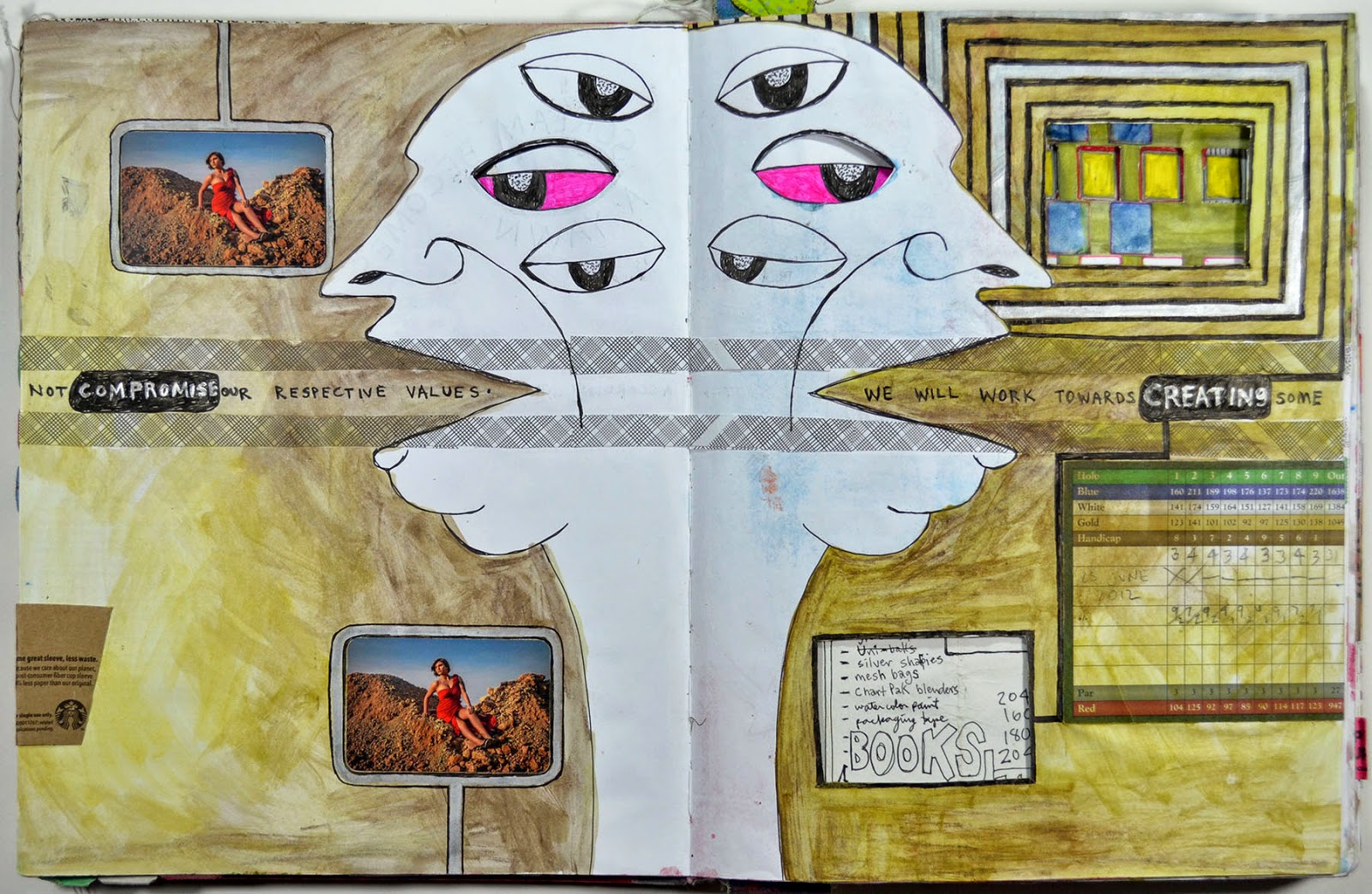 Two books and countless presentations and workshops have followed. We have been fortunate to travel all over the US and to Canada, and Dave has even gotten to travel to Australia. We have met thousands of people and hopefully inspired and motivated a few, and to think that it all started in a computer lab with a group of art teachers more than sixteen years ago.

David is one of my best friends, and I consider him a brother. I am so grateful to have an accomplice like him, and it has been an awesome experience to share the JFJ’s journey with Dave. He has pushed me to grow as a person, as an educator, and as an artist. I look forward to seeing where we go from here. 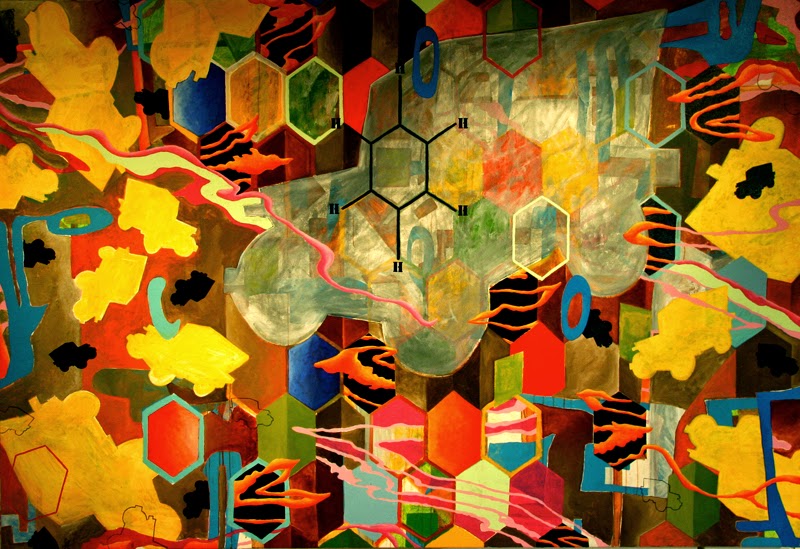 Thanks, Brother. It was been quite adventure.
Posted by Eric

I was one of those educators at NCCAT and was able to spend a week with you and Dave and learn about journaling. It and you both changed my life. I am not an art teacher but I've always incorporated art in various ways in my social studies classroom. Today, I am an avid visual journaler and a self proclaimed Junk Fodder Junkie. Each year I do journals with my students and share my own with them (of course not the extremely personal ones). I still go back to that first large journal I started atNCCAT add to it. Thank you both for being such an inspiration in my life and through me with my students. Oh by the way, my real name is Wanda Fischbach.

E:My Brother...thanks you for the kind and humbling words. You too inspire me...true artistic accomplice!
D

Wanda, Thank you so much for all of your support over the years. We are so glad that we were able to inspire you. We miss teaching at NCCAT, and we would go back in a heart beat if asked.

Dave, Just think how different our lives would have been if we had never met and become friends.