A Look Behind the Scenes of an Online Workshop 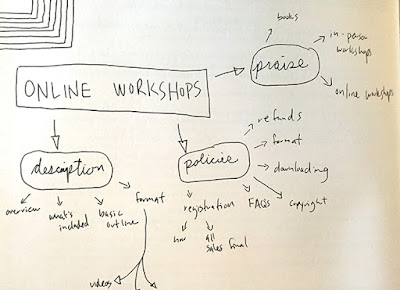 Almost a year ago, I began a journey of putting together my first online workshop, Cultivating Creativity. I gave myself a year knowing that it would be a lot of work, and with teaching full-time, providing seminars and workshops all over the place, and not to mention making my own art, I knew it would take me a while to get it all together. So, with just two and a half weeks until the workshop launches, I wanted to share a peek behind the scenes.

I began the journey in late December of last year, by plotting and scheming in my journal. I wrote, I made lists, I made mind maps, and I brainstormed. I decided to take a workshop that David I had designed for Art Unraveled, and use it as a basis for my first foray into the online workshop world. I expanded the content, added more techniques, and developed a sequence. 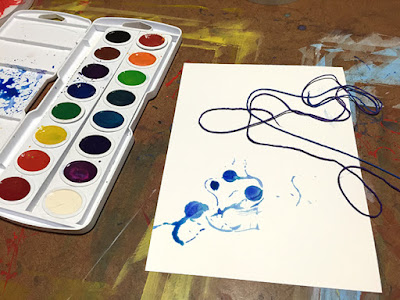 After the initial planning, I decided to dive into making some of the step-by-step written directions that would accompany videos. For some of the initial photoshoots, I even used my phone, but switched later to a tripod mounted digital SLR. 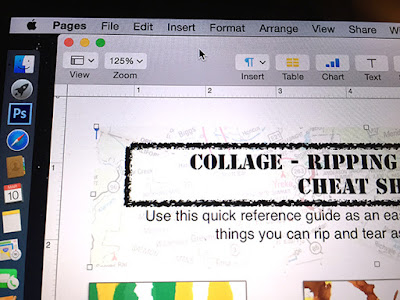 Once the photos were done, it was time to begin creating the PDFs of the written directions. I've decided on making step-by-step directions similar to what can be found in our books, but with a lot of new and different ideas. I also decided to include cheat sheets - a "techniques at a glance" kind of thing. 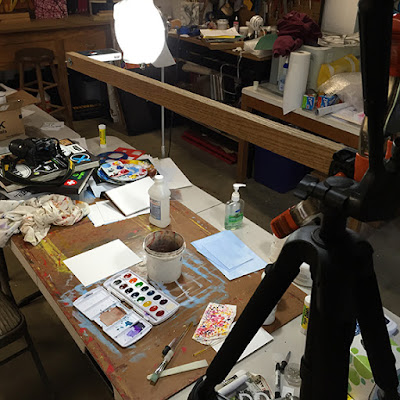 And then came the filming. Using a Flip Video camera that I got several years ago that I mount on a homemade arm attached to my tripod, I film each technique. I work in silence with the plan to add a voiceover later, but you will hear the occasional airplane flying over or dog barking. Filming in my studio presents several problems. First, my studio is an uninsulated garage, and it gets stifling hot in the summer and freezing in the winter. Second, since there is no insulation, outside noises and sounds can filter through, so I always have to pick a time when the neighbors aren't mowing their yards, or our dogs aren't in the backyard barking their little furry heads off. Lastly, the garage is detached from the house with no running water or bathroom. But it's all working out well. 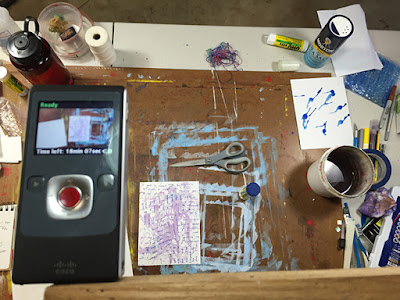 One of the final things is to edit the videos and do the voiceovers explaining each technique. 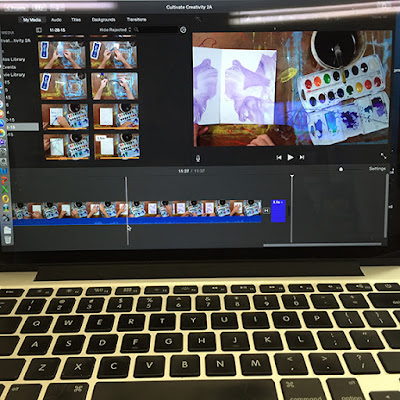 I wish that I could say that I'm finished with everything - that I have used the last 12 months effectively, but I can't. I still have a whole lot to do over the next two and a half weeks. I still have a few videos to film and about half of the instructions to make. But I am confident that I'll have it up and running come January 1. With a two week break from school starting this weekend, I have plenty of time to get the work done.

If you missed out on the Black Friday and Cyber Monday sales, you can still save on the regular price of the workshop. Check out the website for more information.
Posted by Eric