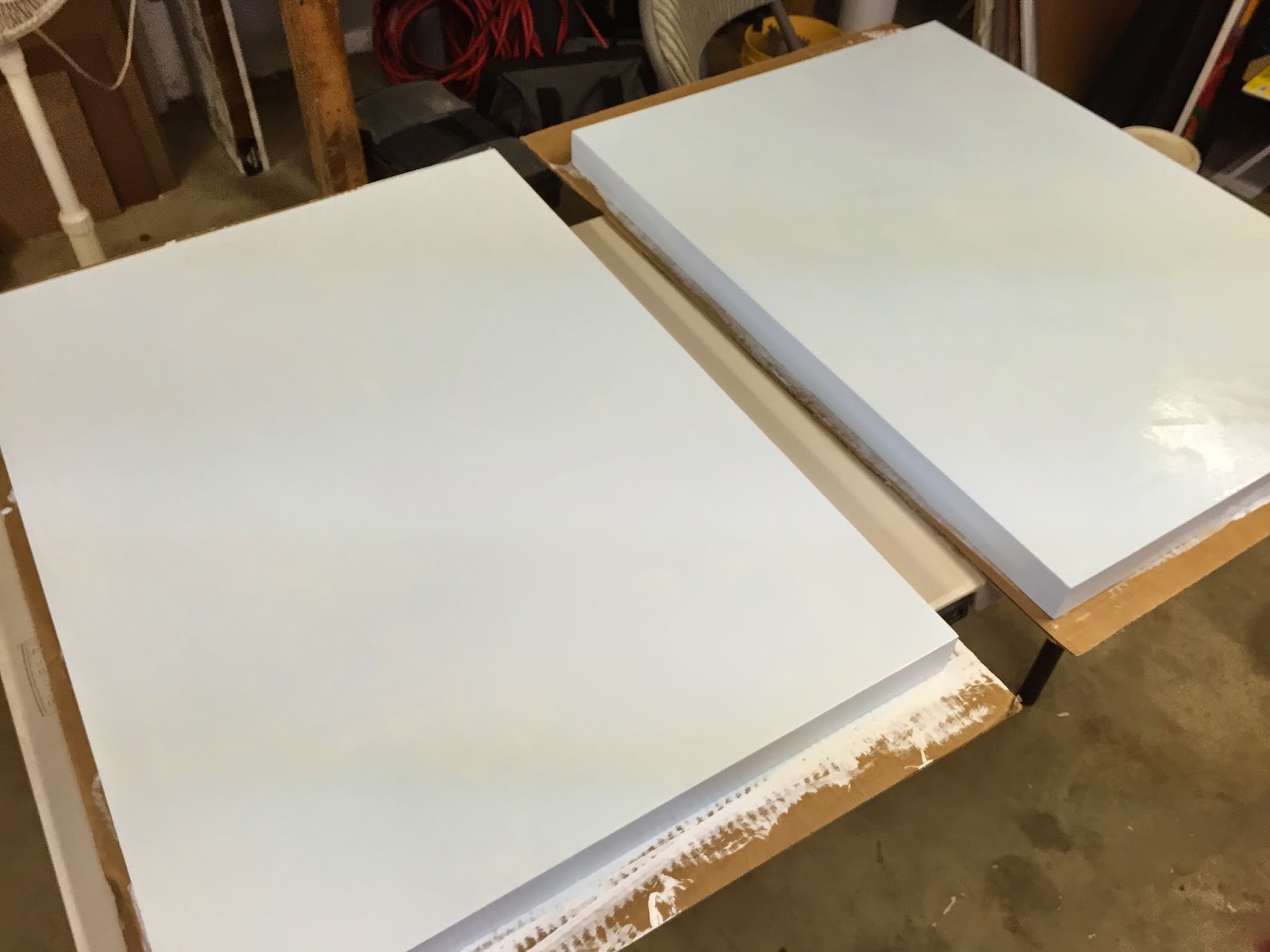 For a little over a year, I have been working on my Home series. It began with a painting that I created by projecting maps of the various places I have lived and called home. I then proceeded to create another painting using all the places that my wife has lived and called home. Other paintings in the series have sprung from layering different combinations of these two painting. For my latest paintings, I wanted to work on a bit of a larger scale and to take the work a step further. Instead of working on paper or canvas, I decided to work on two 22"x30" panels that I had made over the summer using wood and masonite. I originally intended on mounting some works on paper onto these, but I changed my mind and decided to gesso them. Once the gesso dried, I used Golden High Flow Acrylic and painted the pieces with a light blue. Up until now, I have left the background white, but I wanted to try working on a slick, acrylic surface other than white. 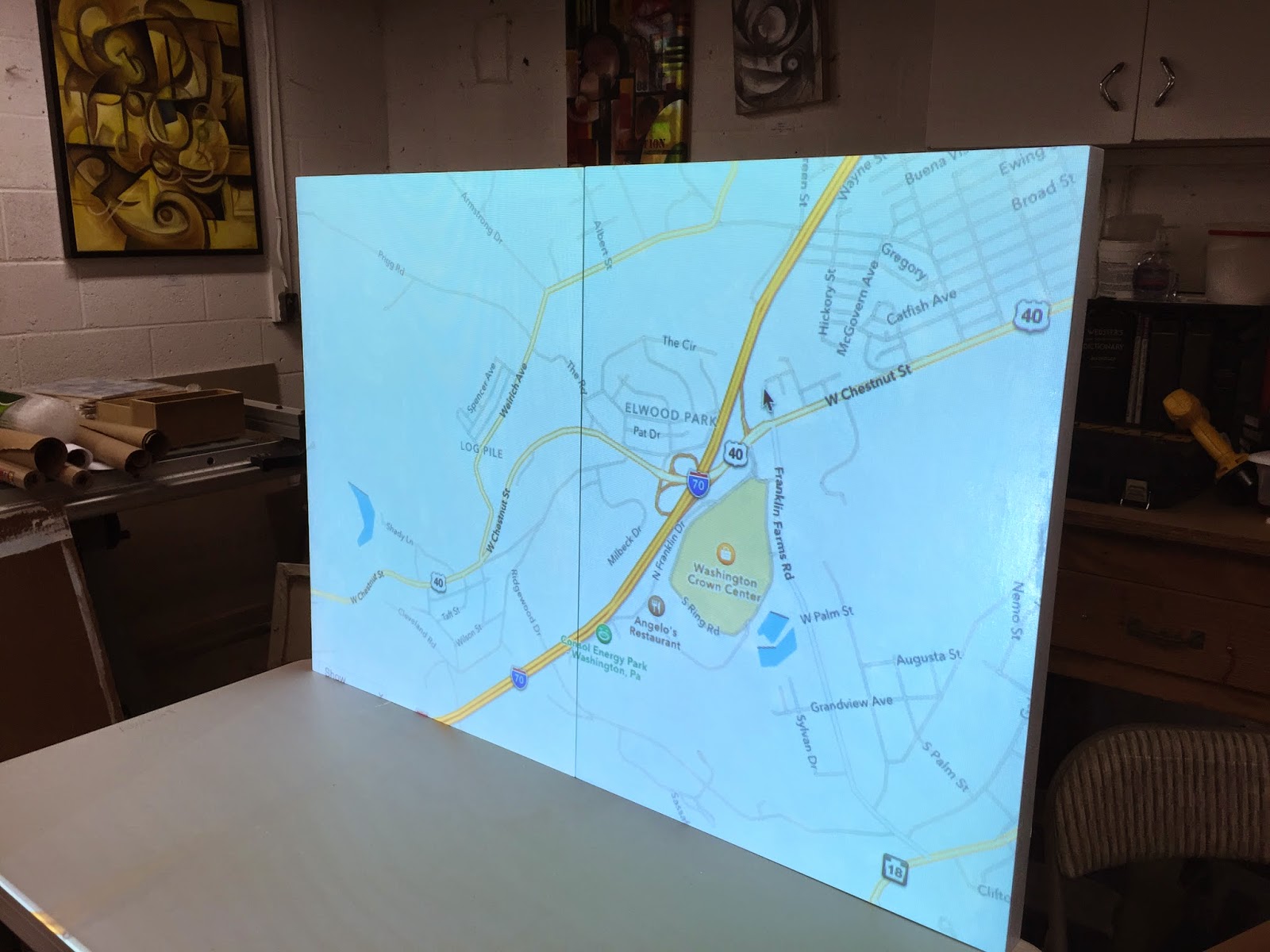 Once the light blue was dry, I projected a variety of locations onto the panels. I used several clamps to clamp the pieces to the table and to one another. For the locations, I used the places that my parents and my in-laws have called home, and I traced all the roads and highways in pencil. The image above shows a portion of Washington, PA where my parents lived when they were first married. 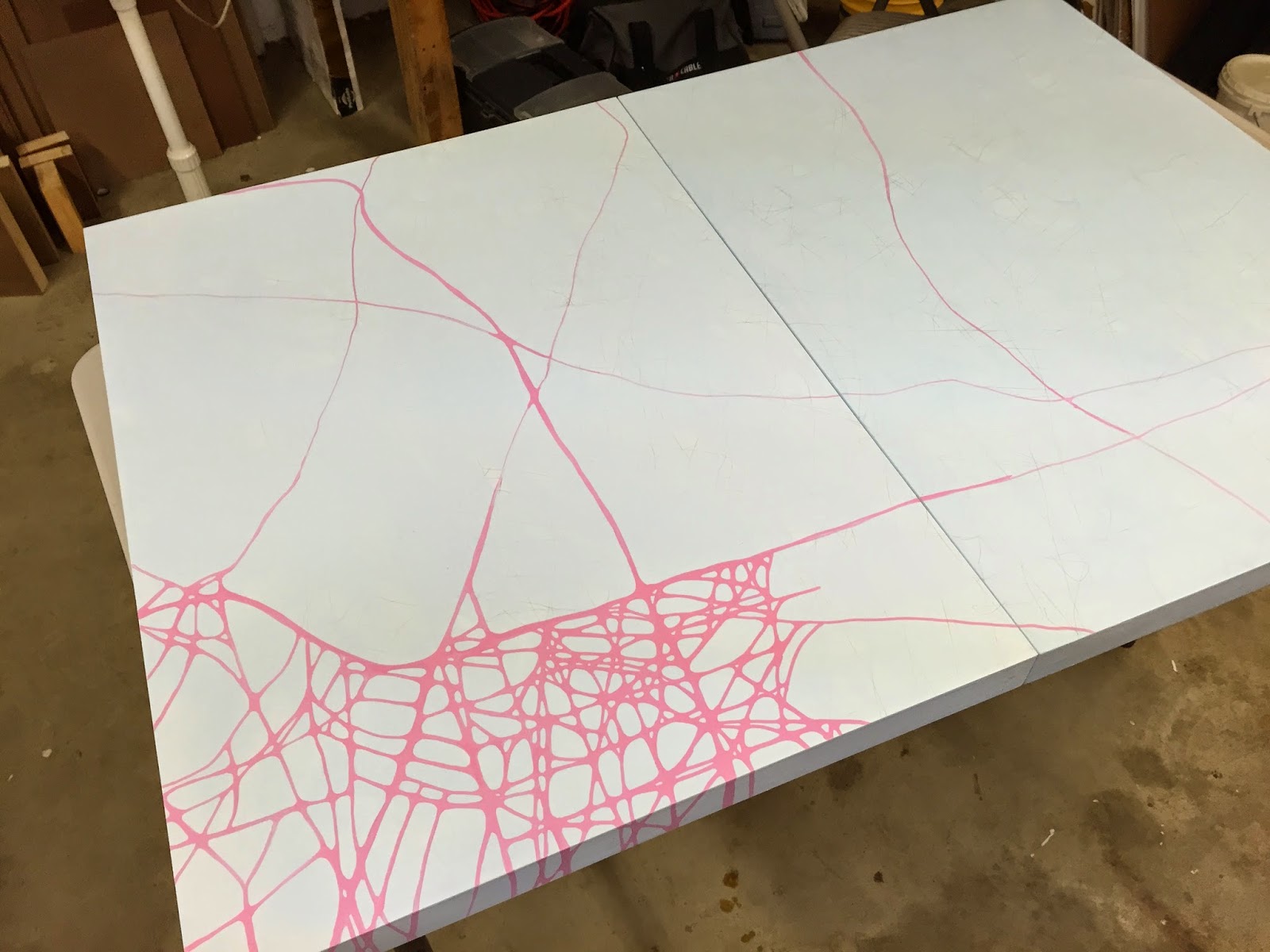 I'm in the process of creating the initial web using a pink I mixed up using the Golden High Flow Acrylics. I love using this paint in Montana Paint Markers because it gives me such better control of the paint. It's a slow process of converting the pencil lines into the web, but I have one panel almost finished. 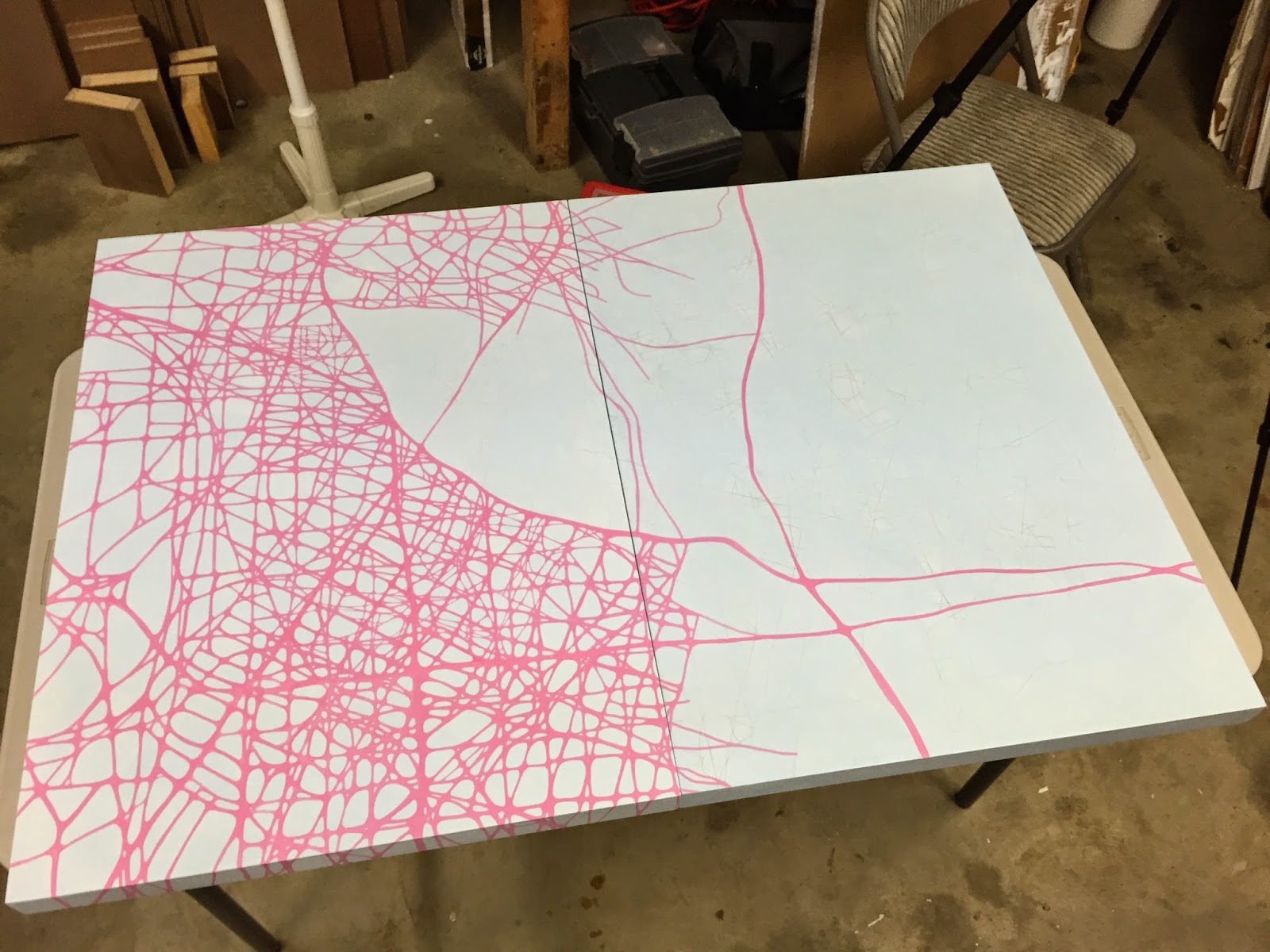 It'll take some time to complete the pink with all the tightly knit lines and spaces. I do like how the accumulation of marks from the various roads build up into an organic structure. But this is just the first layer. Next, I'll project more locations, or I'll project portions of other Home paintings to create at least three different layers of webs. I can't wait to see how this diptych turns out. For more information how this series came about, see this post from November.
Posted by Eric