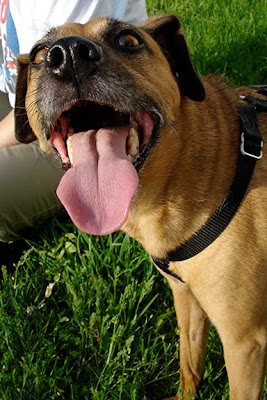 First Dave and I were busy doing our thing - promoting our books, attending conferences, and providing workshops. We hit the NAEA Convention in Fort Worth in March and the VAEA Conference in October. We provided a handful of workshops at a variety of schools, art centers, and universities. We even put on our own retreat in June, and we are planning another for June 2014 (sign up now for some big discounts). We had a joint art exhibit at Eastern Carolina University in Greenville, NC in August, and we both exhibited our work at a variety of other places as well. We have also been working on a couple of new ideas for books, and we're hoping that 2014 will bring a new book by the Journal Fodder Junkies.

Of course there's been my regular teaching gig at an elementary school in Leesburg, VA. It's my 18th year of teaching, and my second at Tolbert Elementary. I can't believe that I've been teaching for nearly two decades. My students continually astound me with their creativity. 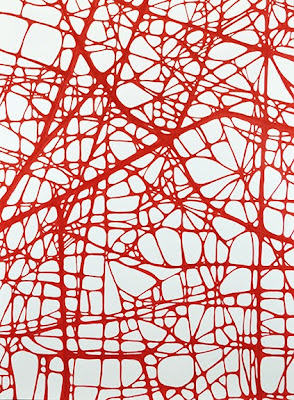 On a more personal note, 2013 was also a year of loss. We began the year with the loss of our beloved shepherd/chow Percy. In November my uncle, one of my mom's younger brothers, lost his battle with leukemia. Uncle Ed was always ready with a joke and had given nearly all of my cousins and me silly nicknames. He was only 60.

Most recently, my wife and I had to say goodbye to another beloved dog. Poi (pictured at the top of this post) lost his battle with cancer. He had to have a couple of surgeries and quite a few chemo treatments, and the year saw him slowly deteriorate. In the end, he passed away in my wife's arms just a few days after Christmas. We miss him terribly.

Here's hoping that there's a lot less loss in the new year. 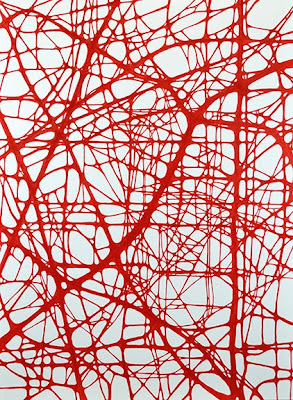 2013 saw a new direction in my art as I became enamored with web imagery. I explored drawing it, painting it, and cutting it out of paper. I even began a collaborative project based on it. Although I have always seen this type of imagery as dealing with connection, I never felt like I had a lot of meaning and intention behind it. I found that intention as I wrapped up the year with two pieces that utilize the web imagery to explore our connection to places - specifically the places that we have lived and called home. I began my "Home" series with a painting where I overlapped maps of the places I have called home. Using Google Maps and a projector, I projected each address onto a 20"x30" piece of paper, and used red acrylic paint to create the web. I created a second "Home" painting using my wife as the subject. As a former naval officer's wife, she has lived in many places, so her painting is much more dense than mine. I'm looking forward to exploring this idea more in the upcoming year.

And so that's just a small smattering of some of my happenings in 2013. I hope that you all have had busy and prosperous years, and here's to a happy, healthy, and productive New Year.

Email ThisBlogThis!Share to TwitterShare to FacebookShare to Pinterest
Labels: art, ramblings, the retreat